We use cookies to improve your browsing experience, show you personalized content, provide you with ecommerce solutions, and track our website's usage.

I first met Ivy at a Bridal Show in Stamford in January. Originally, her wedding was supposed to be 25 guests, but as time went on and the list grew (as it often does), she realized she not only had to move the location of the wedding and the date by one day, but also that she needed help with all of the logistics of the day.

Ivy had her hair and makeup done early in the day, and got ready with her girls in her NYC apartment. 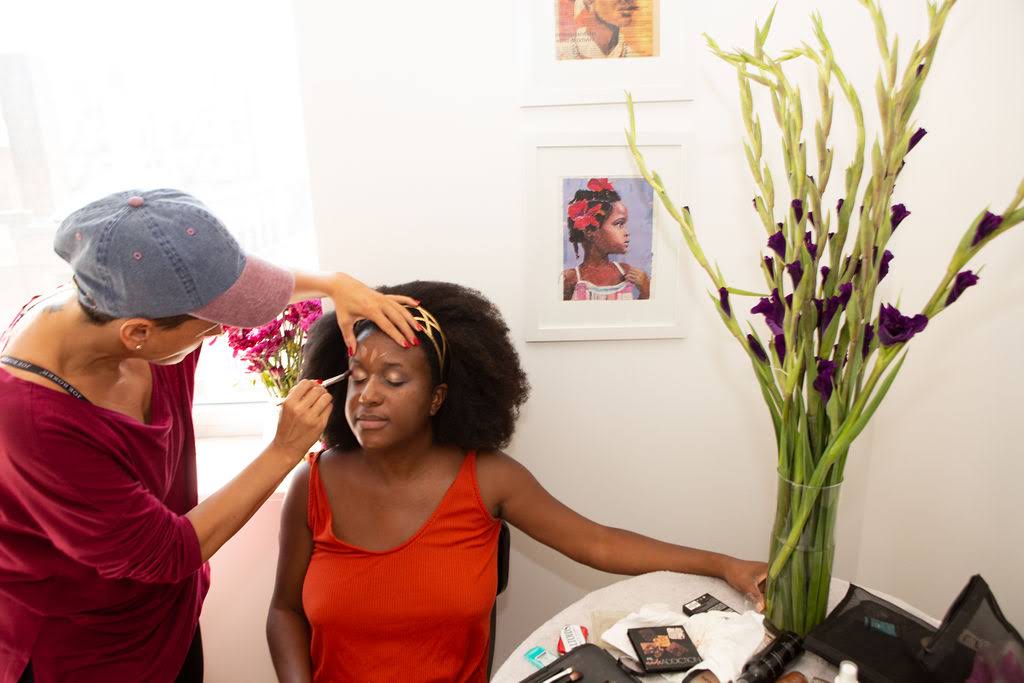 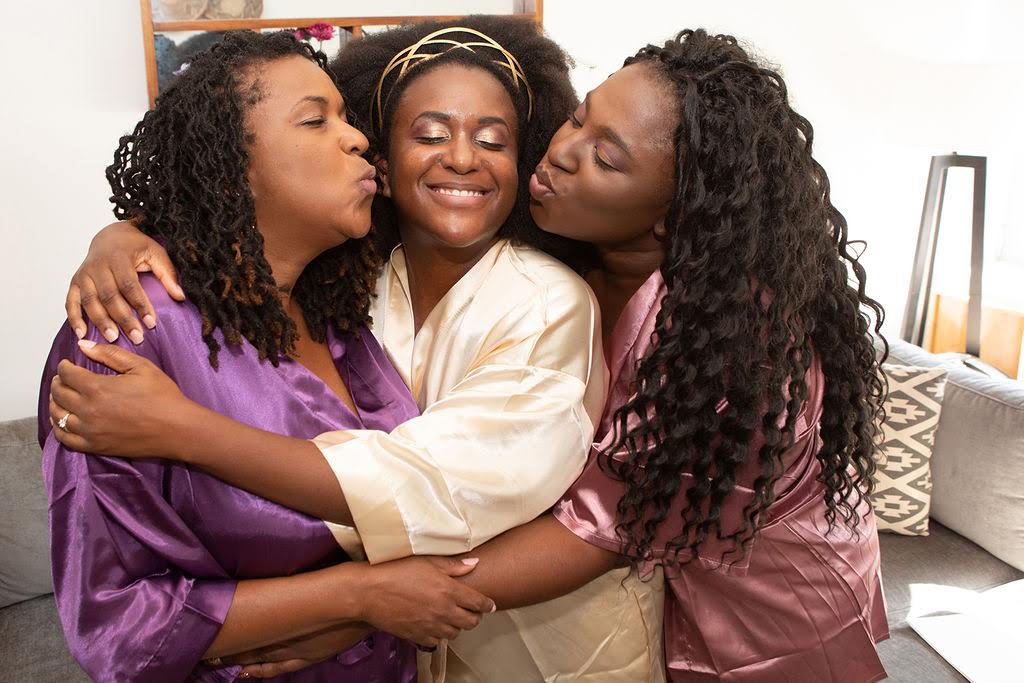 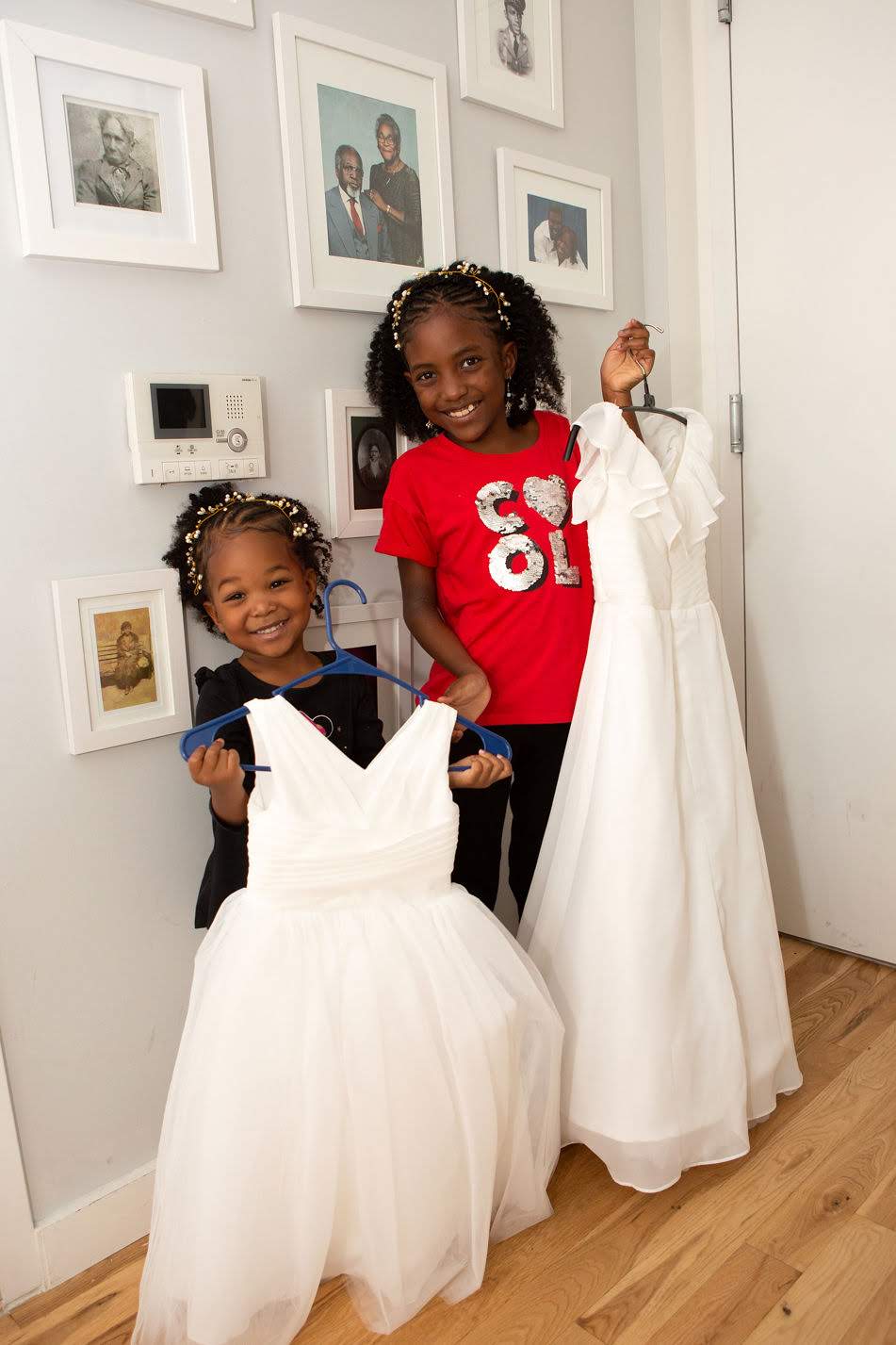 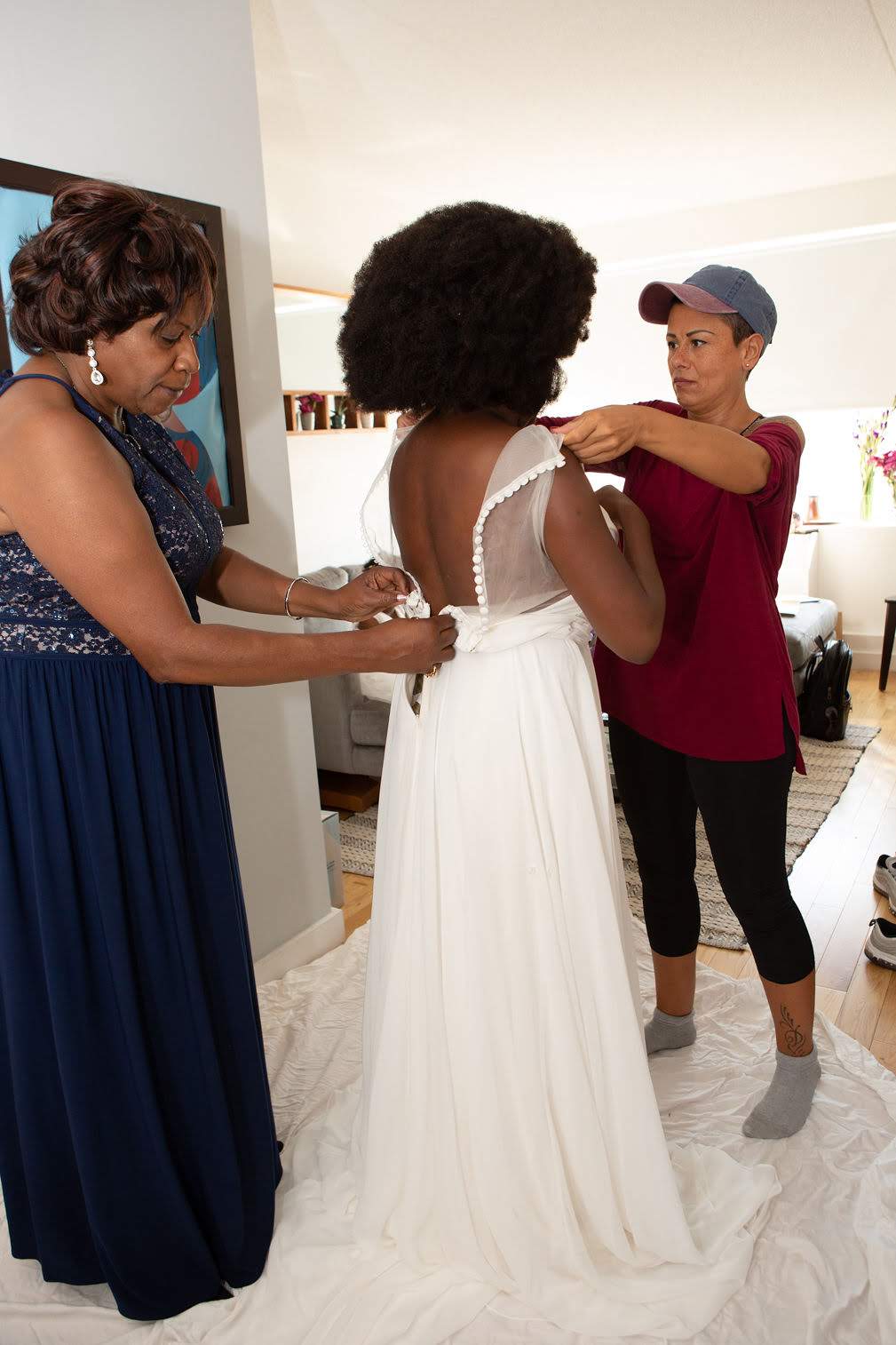 Prior to her ceremony in New York City, Ivy wanted to have her First Look photos with her future husband, Chris, in Central Park. Being a country girl, I was a little nervous about having to drive my car to NYC, then navigate through the city from setting up at the church to Central Park, then back to the church for the ceremony. It was actually really fun! The First Look turned out really well and it was fun to hear passersby yelling congratulations and commenting on how beautiful Ivy looked! 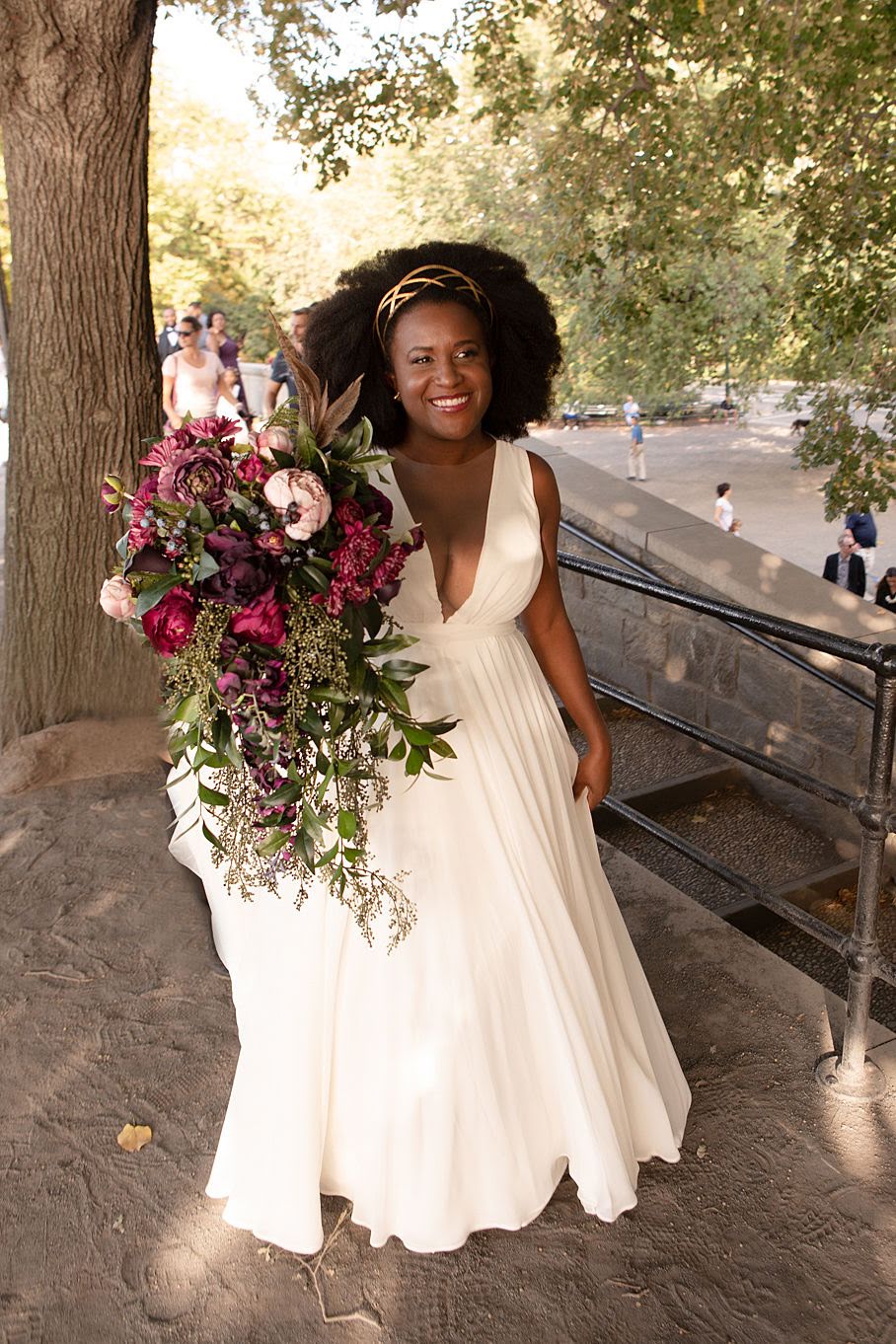 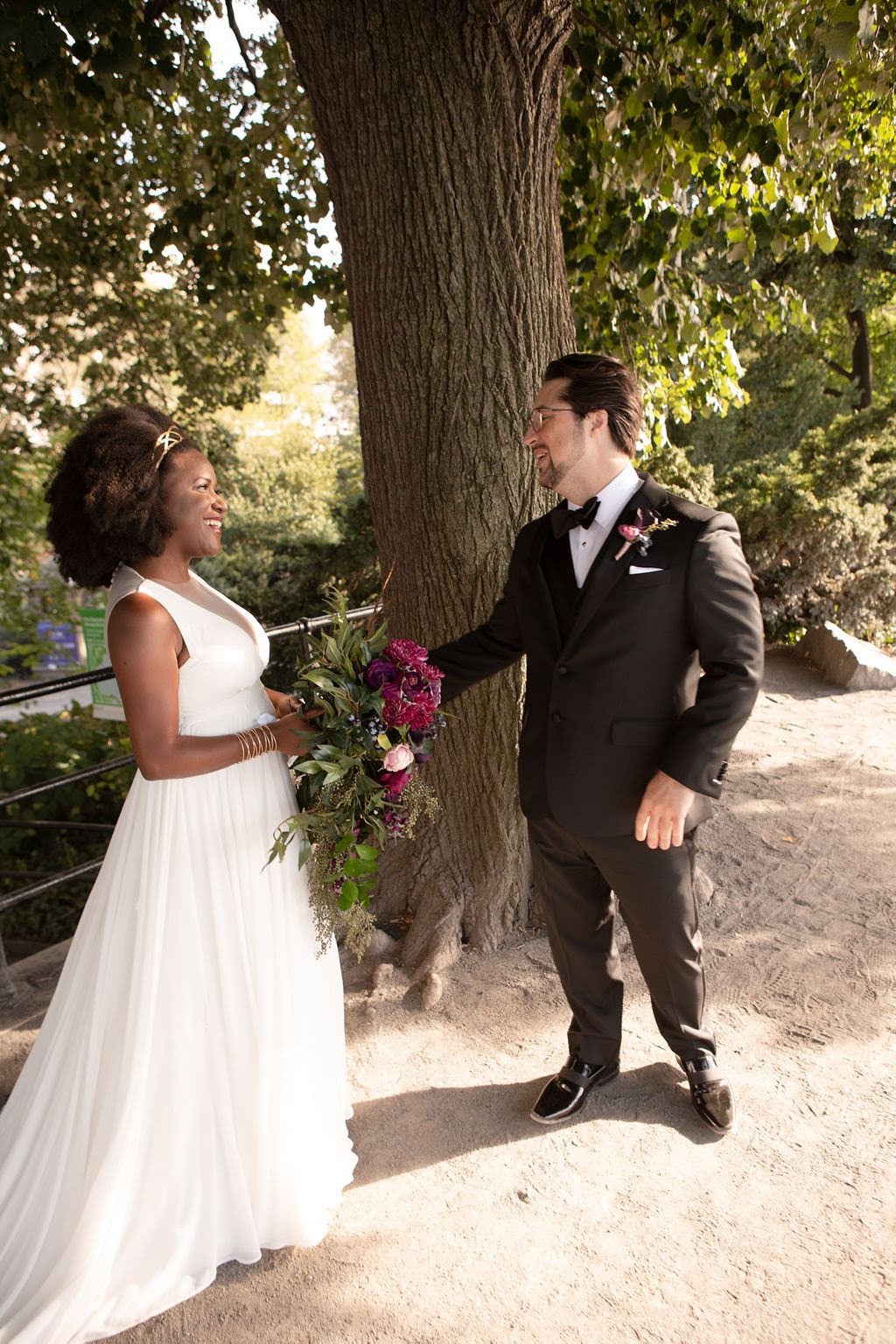 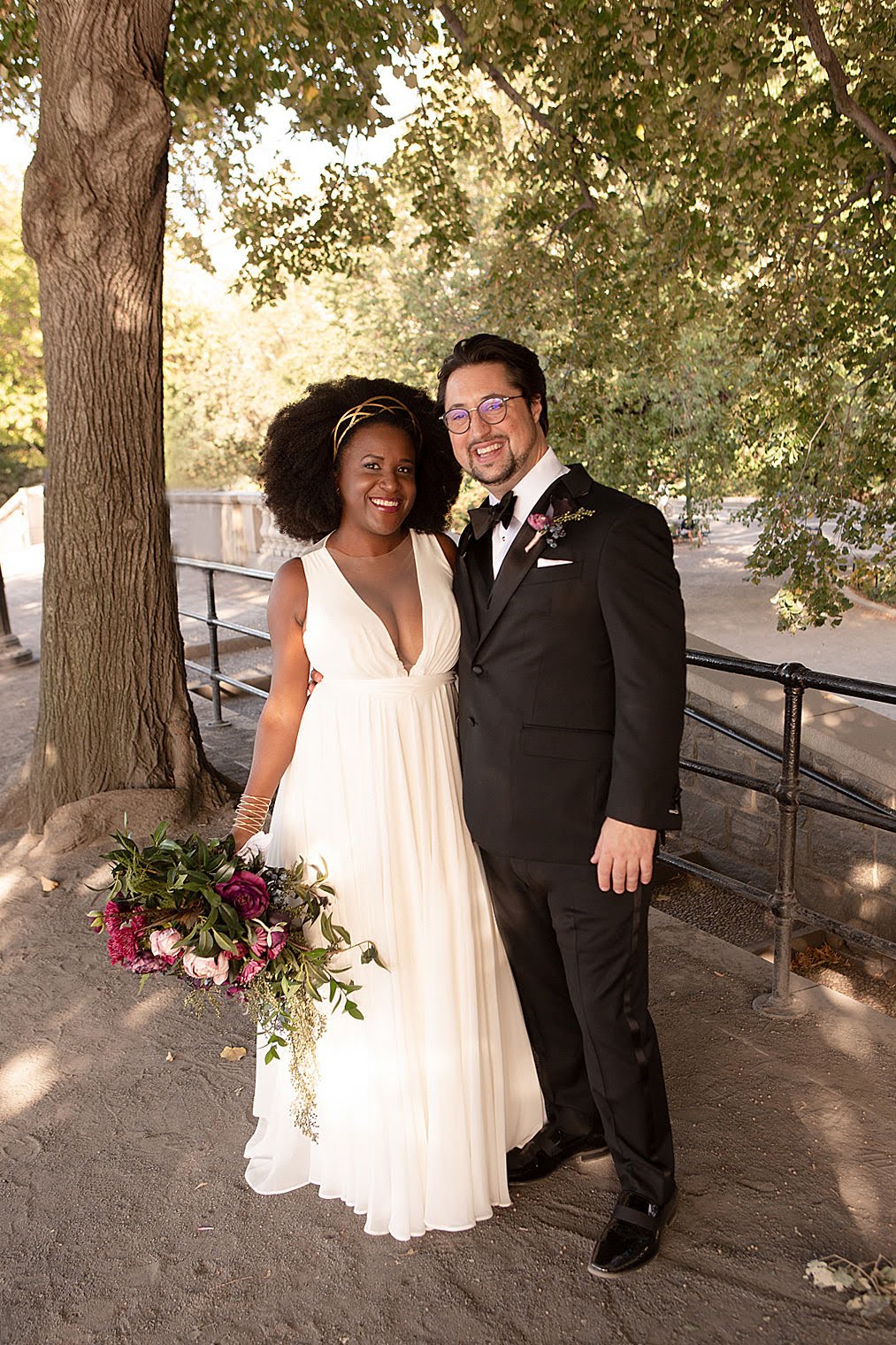 After the First First Look, they stayed in the park to take some bridal party photos too. 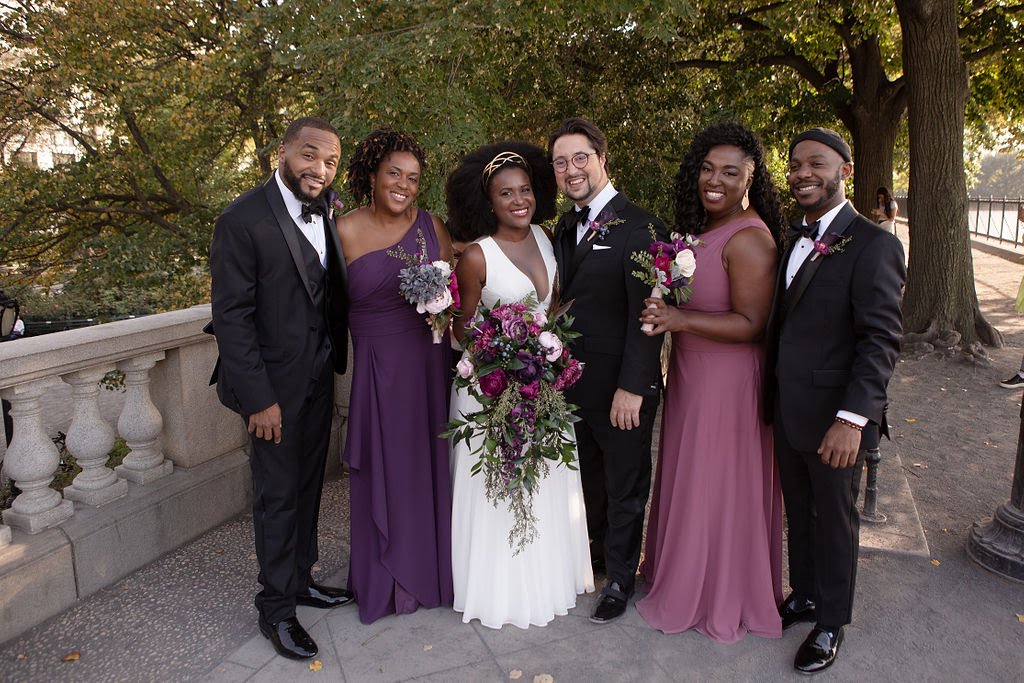 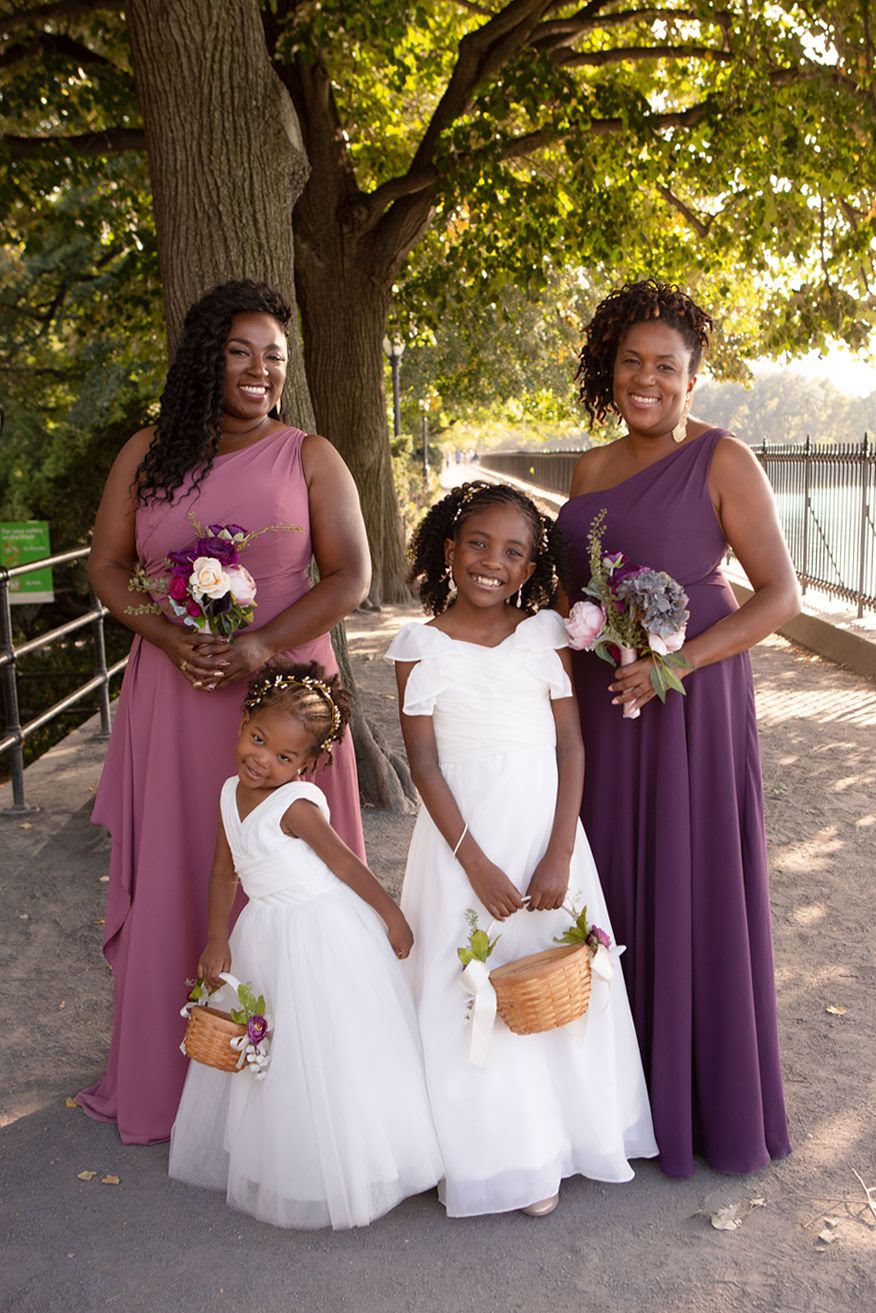 We then walked back toward the church together, just Ivy and I while I held the train on her dress. Walking through the city like that was a really fun experience. She did want a photo of her dad getting her out of a car when she arrived at the church, so when we were about 2 blocks away, we called a Black Uber and we rode the rest of the way so that she could hide behind the tinted windows until her dad saw her for the first time. 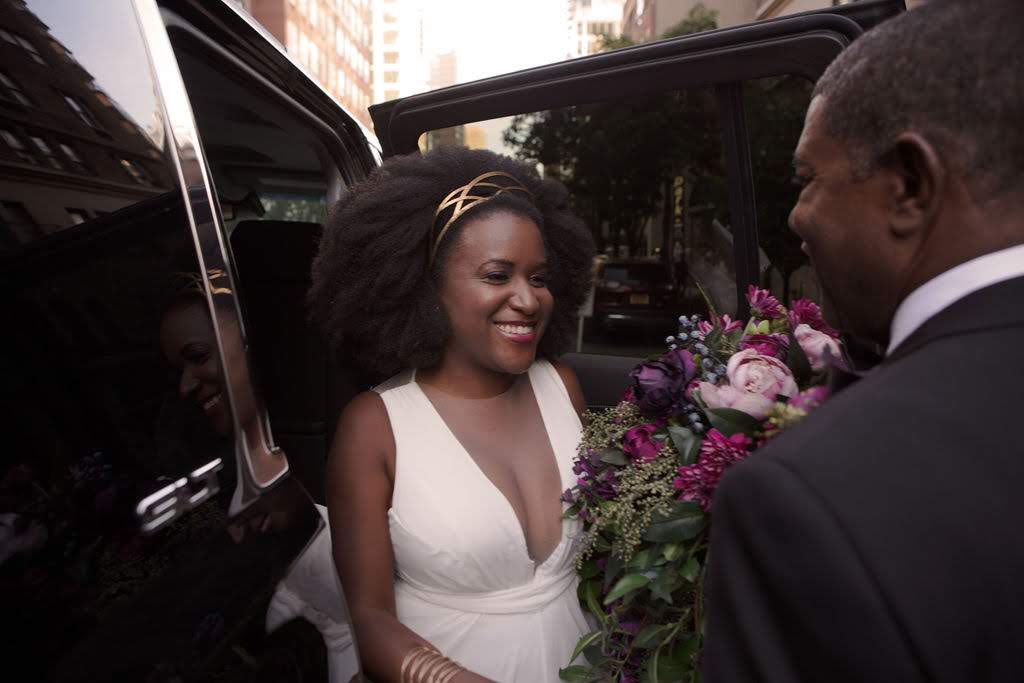 After a beautiful ceremony at the couple’s church, guests headed to the Greentree Country Club in a shuttle bus. The bride and groom took another Uber there with their photographer to capture some sweet moments between just the two of them. 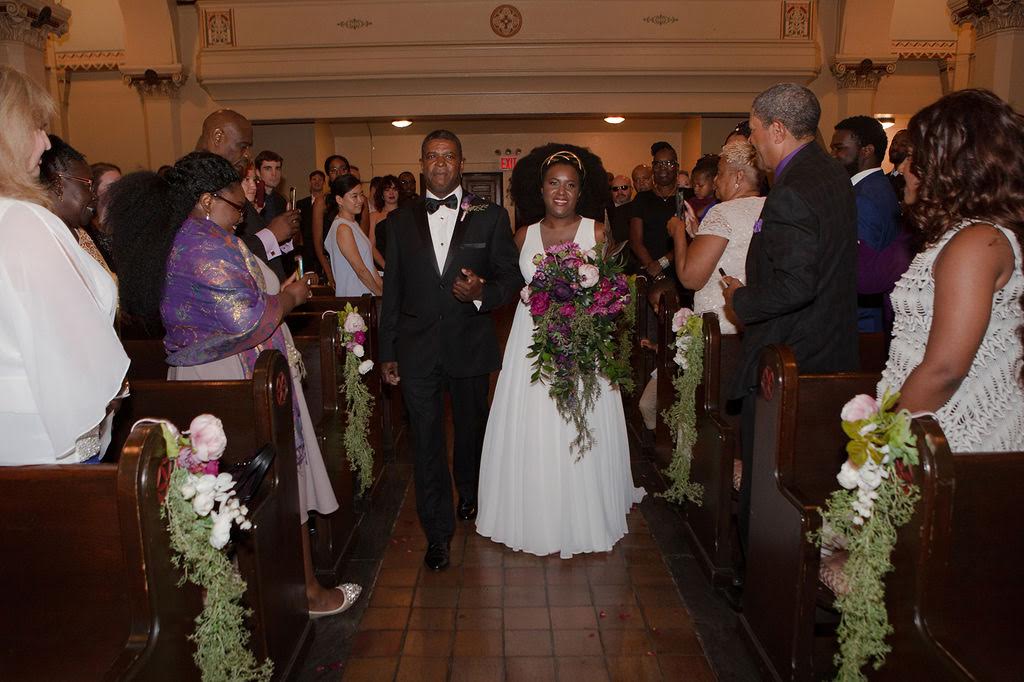 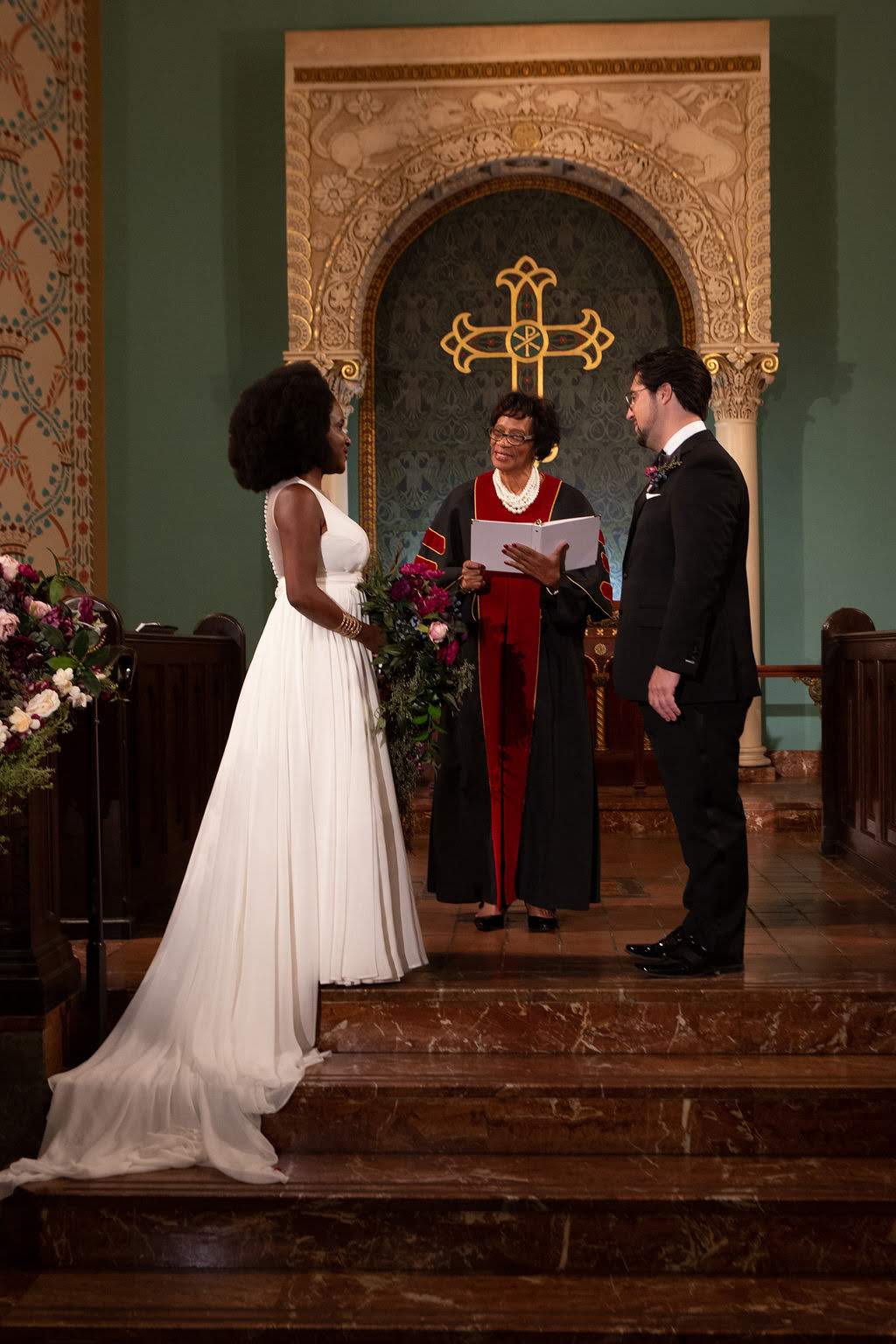 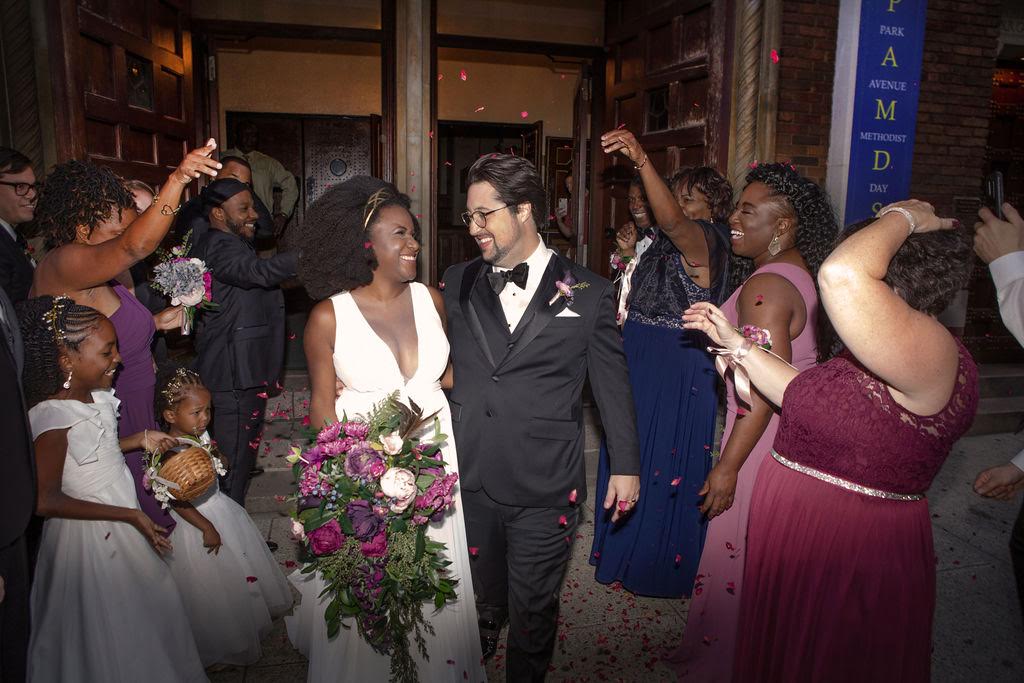 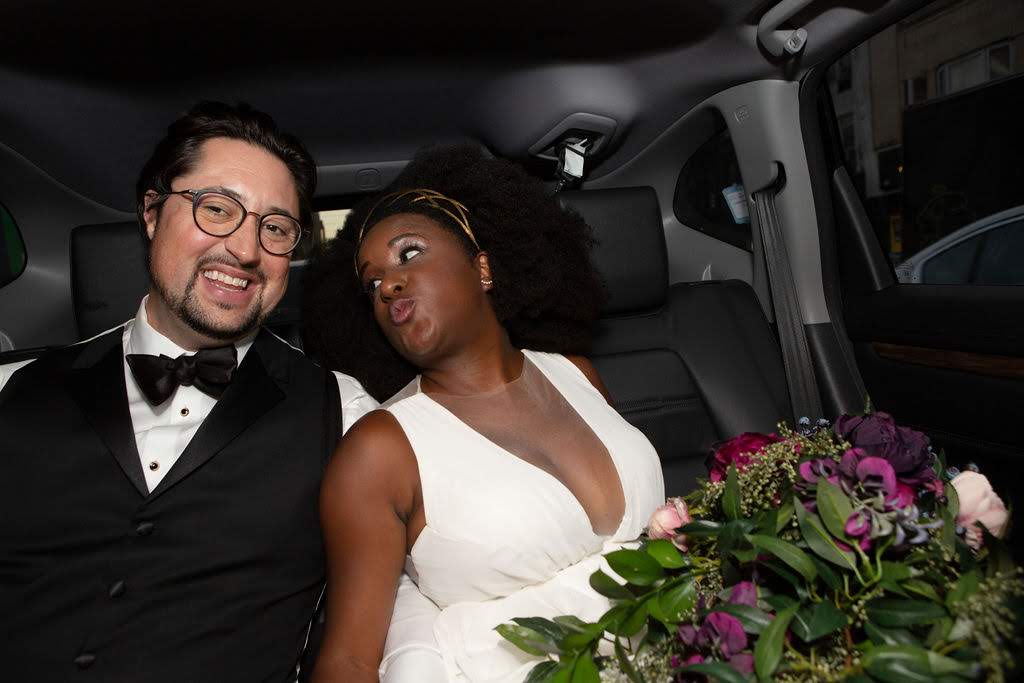 When we arrived at Greentree, my assistant had setup the reception room beautifully. The couple had hired a band for the cocktail hour and introductions/first dance (Pasquale Grasso Trio), and a DJ for the rest of the evening. A friend had even introduced the couple using a traditional Cuban Shekere. Once dinner was over, the party really go started! 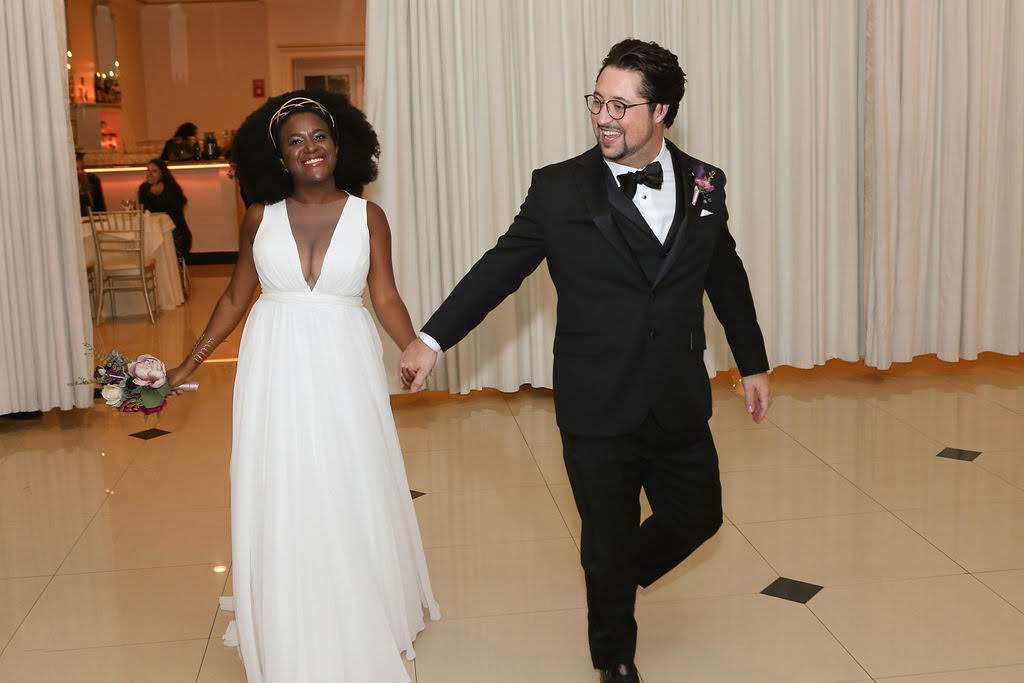 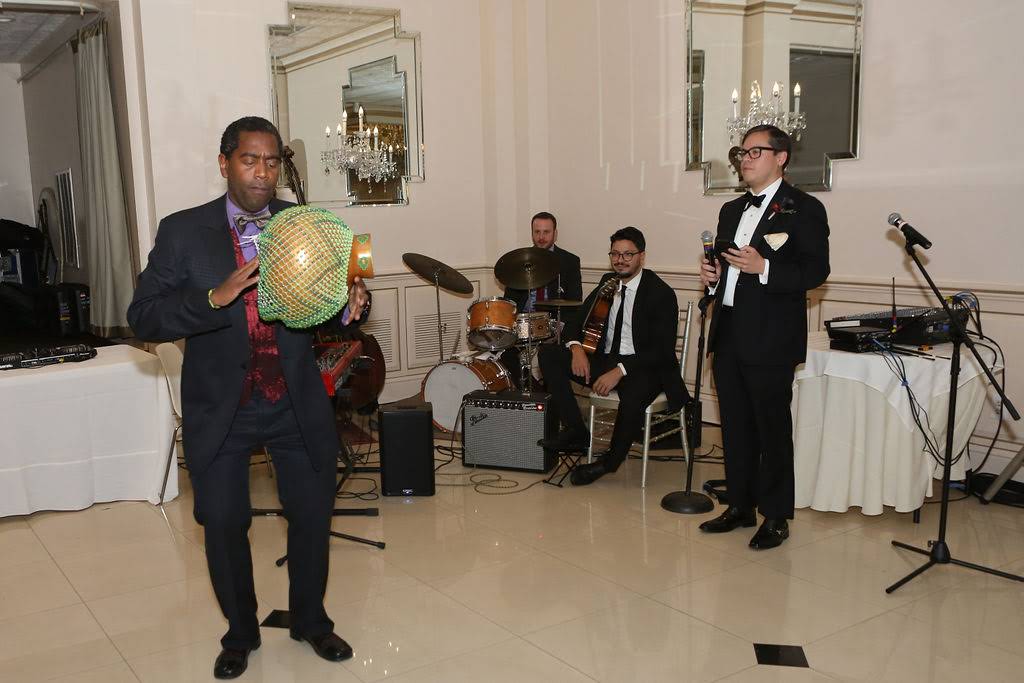 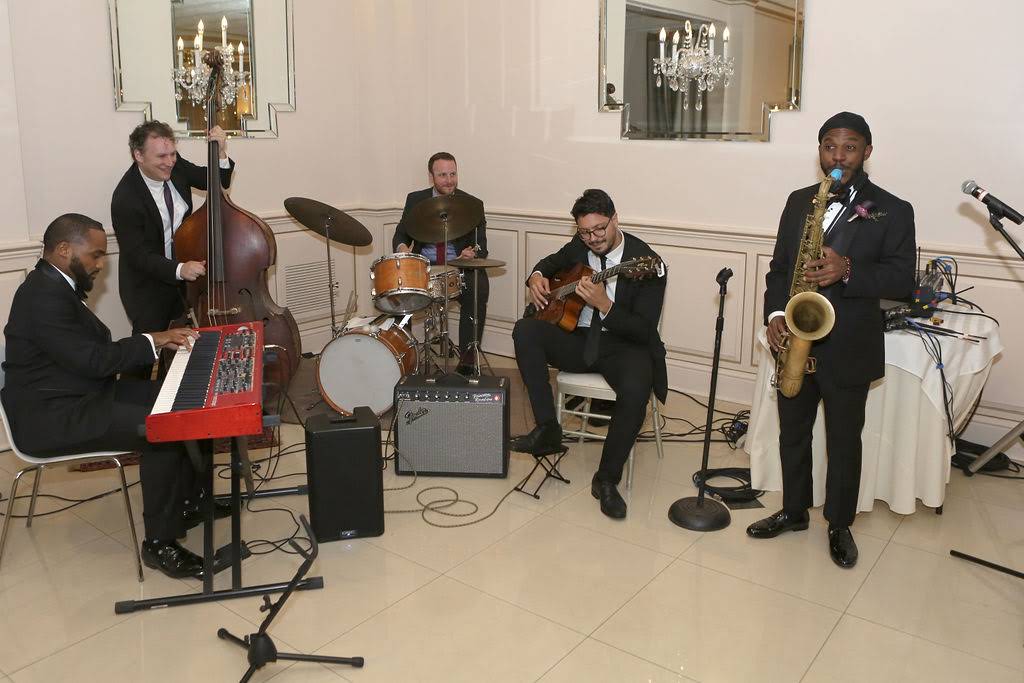 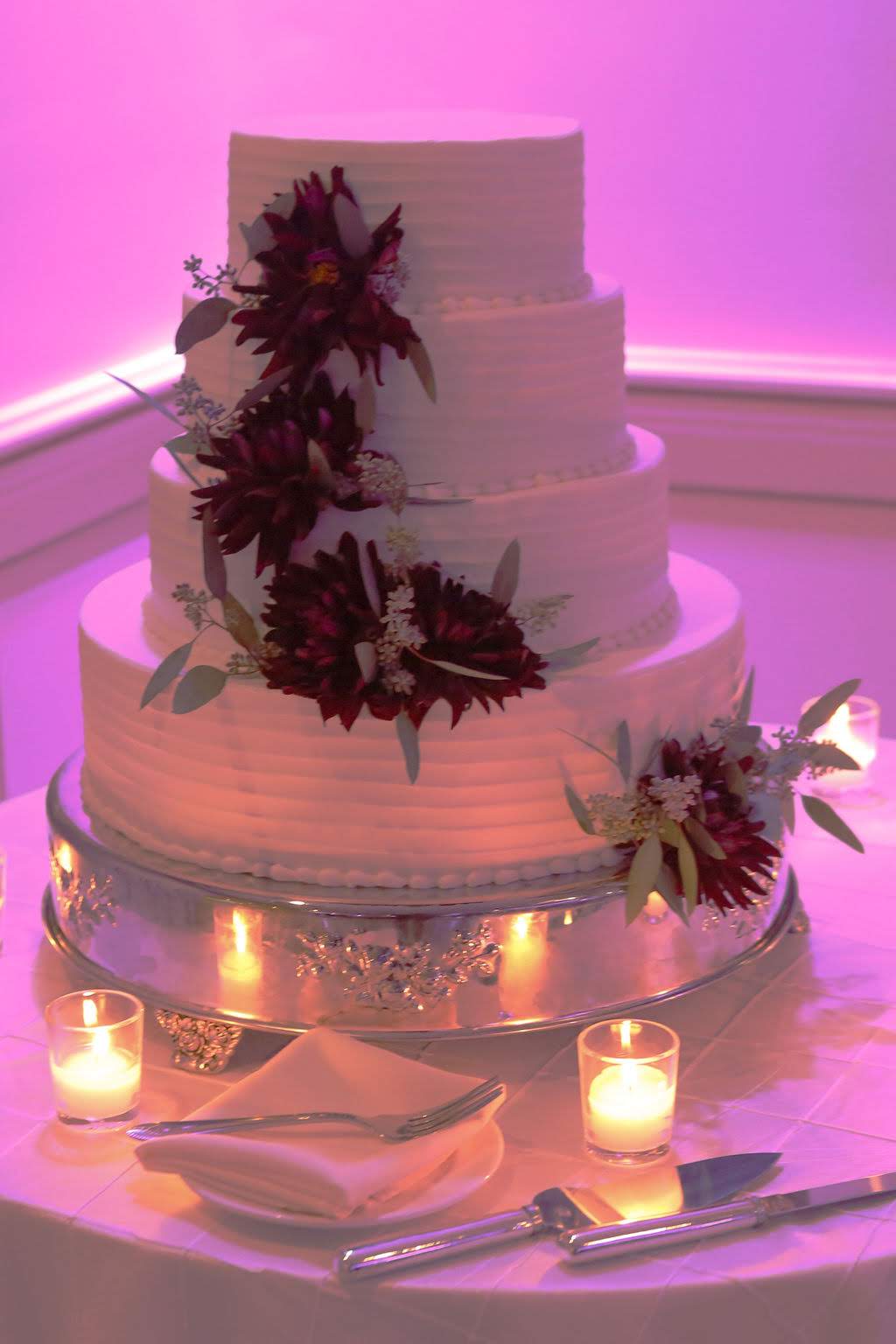 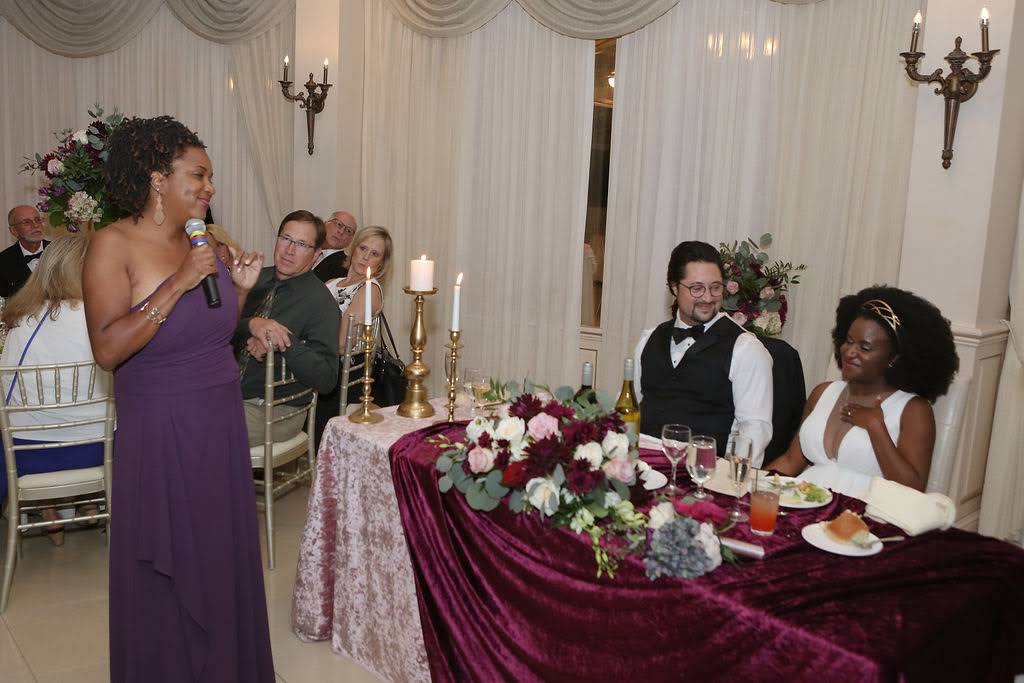 I’m not always lucky enough to get a photo with my couple, but as I was saying goodbye for the night, Ivy said, “Wait, we need to get a picture”, which I thought was so sweet of her. Thank you Ira Fox for capturing this! 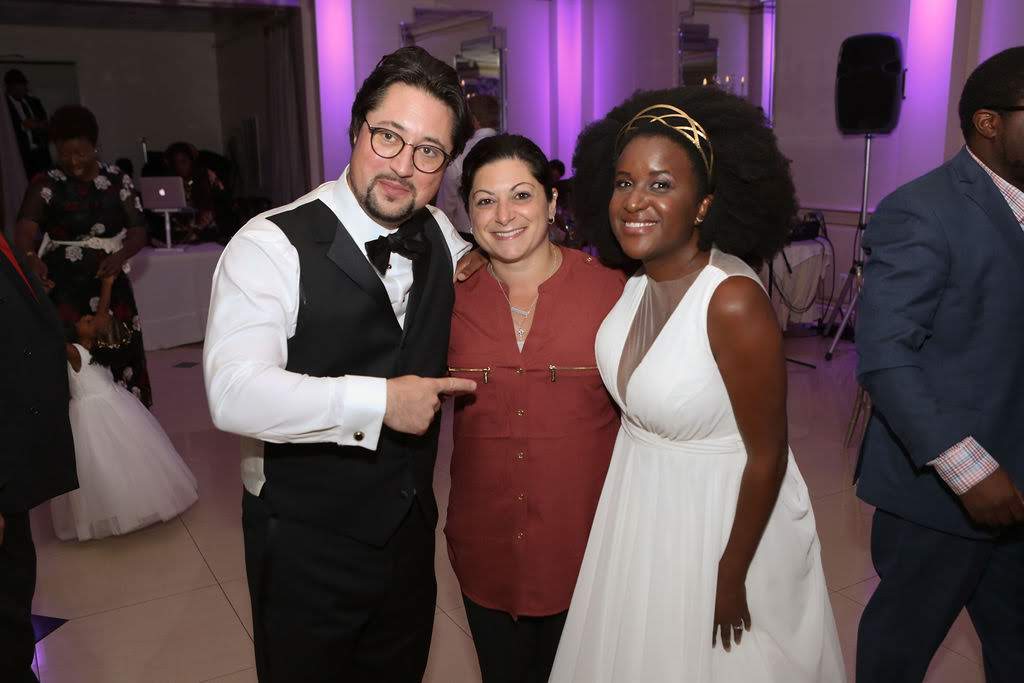